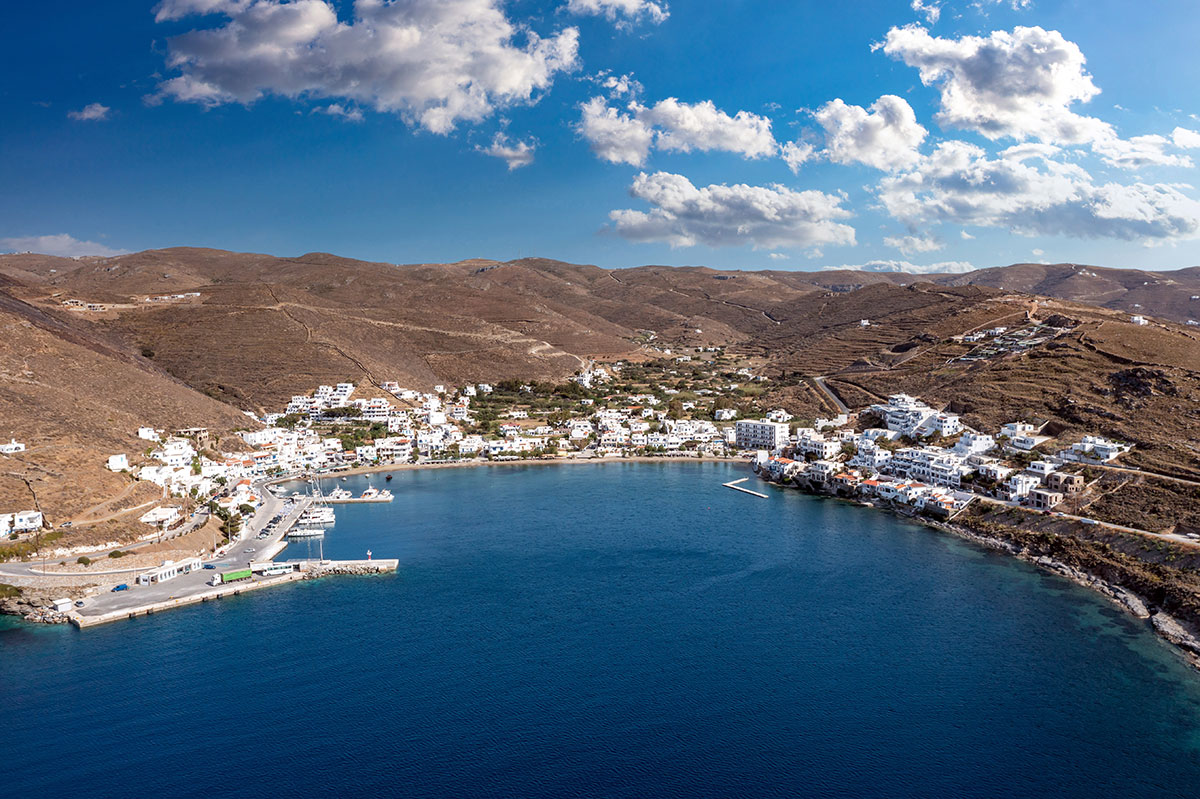 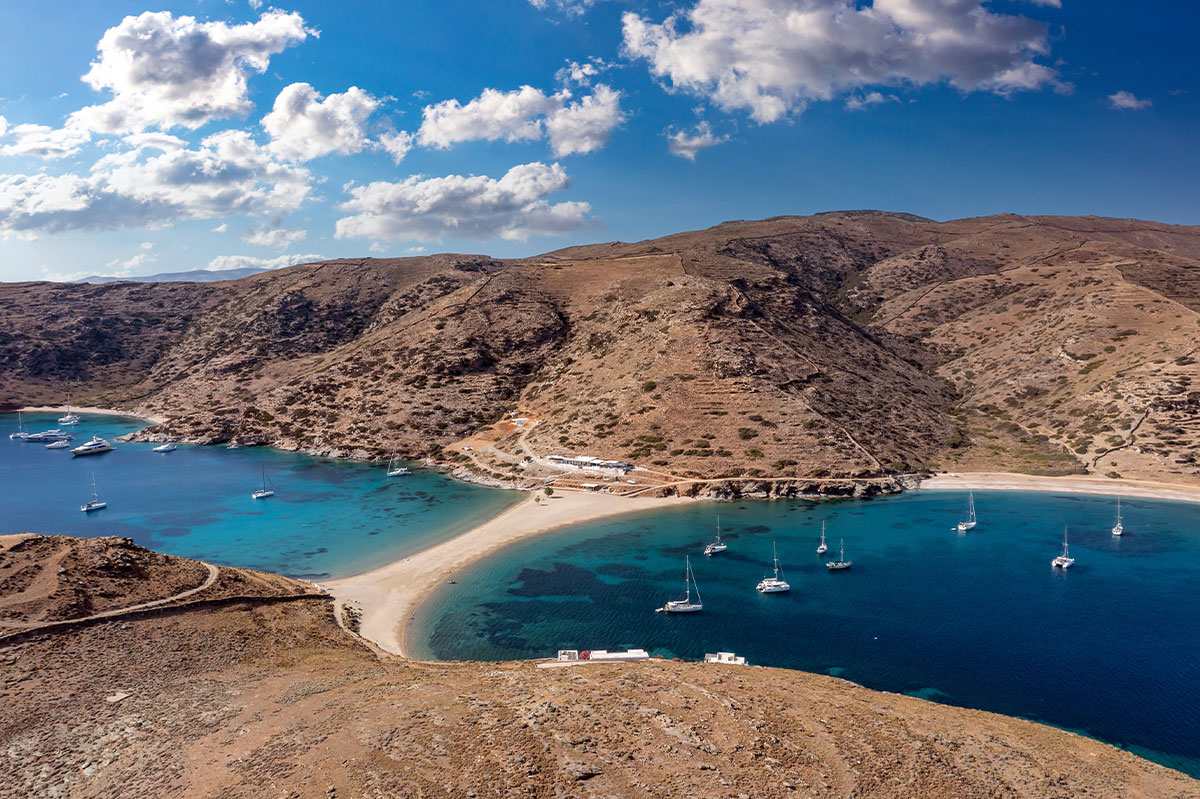 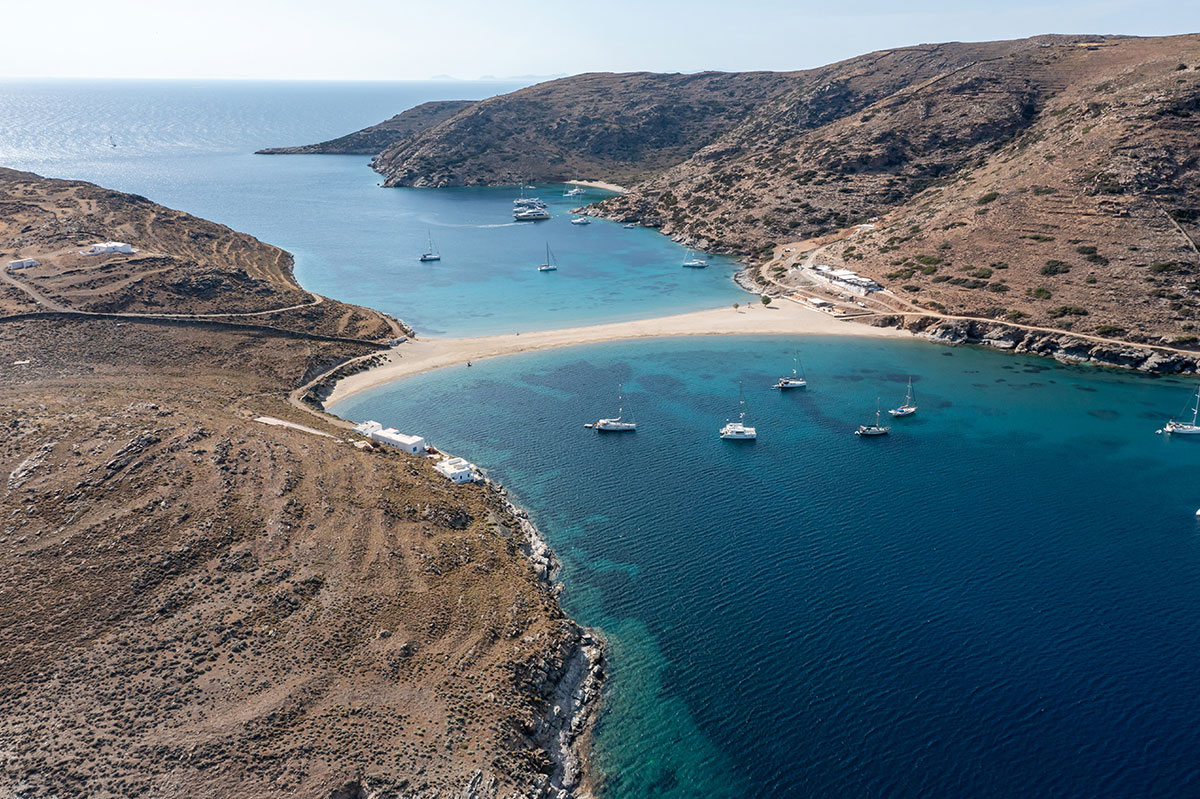 The perfect Greek island for holidays

Kythnos is an island in the Western Cyclades between Kea and Serifos, and is 56 miles (104 km) from Piraeus Port and only 2 hours from Lavrion Port. It is also called Thermia (the Thermia), at least since the 12th century when it refers to “Episcopal Kea and Thermia”. This name is due to the hot springs that still exist in the bay of Loutra. The baths of Kythnos are said to have been enjoyed by both King Otto and Queen Amalia.

It has an area of ​​99,432 sq. Km. and a coastline of about 104 kilometers. It has 92 bays, coves and beaches, most of which are accessible by road. The mountains of the island are not large, the highest peak being the “Prophet Elias” on Mount Petra at an altitude of 336 meters, while the peaks of Agioi Theodoroi are about the same height. half a million octaves.

The main buyer was Fix brewery. Other main products are honey figs, wine, almonds. The climate is considered very healthy and the stay rather pleasant despite the strong north winds. The trees in Kythnos are generally scarce. There are two Mediterranean villages on the island, Chora or Mesaria, which is the capital of the island, with 806 inhabitants and Dryopida with 797 inhabitants (2001 census). In addition there are three main seaside settlements: the main port of Merichas with about 250 inhabitants, the baths with thermal springs and the Panagia Kanala with the homonymous church. This area of ​​Kanala is one of the most popular summer destinations as it attracts a large number of tourists. It is still famous as the greenest spot on the island.

Apart from them there are several smaller settlements such as: Ag. Dimitrios, Episkopi, Ag. Stephanos, Flambouria, Kalo Livadi, Ag. Peace and Repulse. It has almost daily transportation to Piraeus, the port of Lavrio and the capital of the Cyclades Ermoupoli (Syros) as well as other islands of the western Cyclades, with conventional ships and high-speed boats in the summer months. On the left side of Merichas just above the sea, stands the Church of the Holy Aquinas.

The Saints – Aquinas, Pigasius, Unbound, Hope and Abundant – are the patrons of the port and its ships. Each year, on November 2, the residents of Merichas and the entire island organize one of the largest festivals on the island to honor the five Witnesses.

In the south-eastern part of the island lies the settlement of Kanala which has been named after Panagia Kanala.

The church of Panagia Kanala was built in 1869 on the site of the original temple after locating the image of local fishermen.

Tradition says that the picture was taken by the fishermen in the strait between the Kythnos and Serifos, hence the name Kanala. The miraculous icon of Virgin Mary in Kanala is an excellent work of the Cretan school and was painted by priest Emmanuel Skordilis in 1575. of the “Three Sisters” which refers to the three most important Virgin Marys of the island: Virgin Mary Kanala, Stratolatissa and Flabouriani. 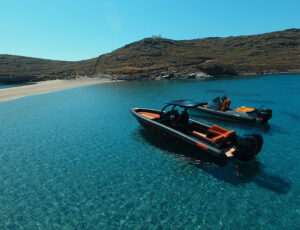 A sense of absolute freedom, comfort, style and most of all, maximum security will accompany you throughout your journey. 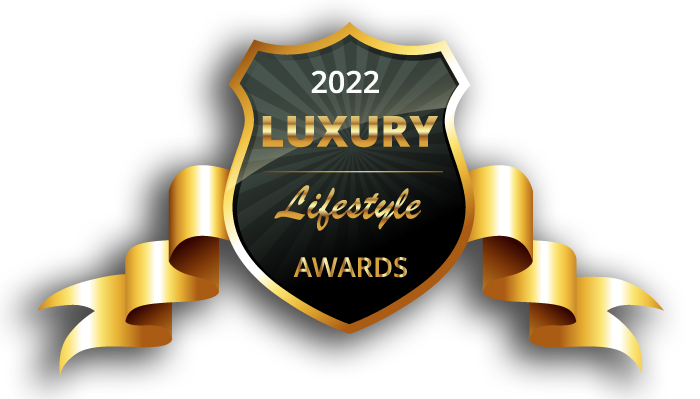 Delta Boats Rental is a Yacht & Tourist Service company that has been active in boat rental in the magnificent Kythnos for years. The Company owns privately owned vessels for every taste, and every need for every individual customer.

The vision, the desire, the love of the sea and the pleasure of exploring, led us to create Delta Boats Rental so that everyone can enjoy and enjoy the beauty of our country.

Manage Cookie Consent
To provide the best experiences, we use technologies like cookies to store and/or access device information. Consenting to these technologies will allow us to process data such as browsing behavior or unique IDs on this site. Not consenting or withdrawing consent, may adversely affect certain features and functions.
Manage options Manage services Manage vendors Read more about these purposes
View preferences
{title} {title} {title}